My Mothers Day for the last 6 years has been spent in Darlington, SC.
I am a NASCAR fan and if you have been here before you KNOW this!
This year was no different than the others ... I was with the ones I love and yes it was HOT!
In 2005 and 2006 I was party hardy with no babies and not yet pregnant. 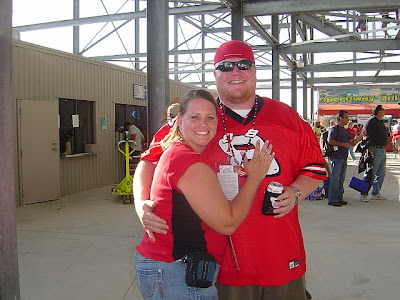 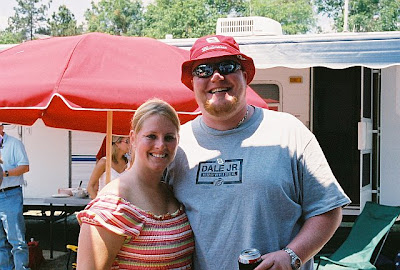 2007
I was 8 months preggo with Tatum and let me tell you it was HOT as all get out! 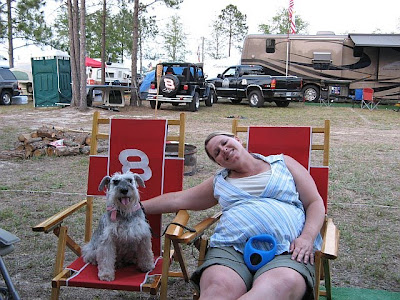 Preggo with Bowden and Tatum was back at the camper taking a nap - mom and I were being silly putting on these weird hats - I know I was overwhelmed with life and having a baby and carrying a baby - this is the ONLY picture of me there was in the month of May!
2008 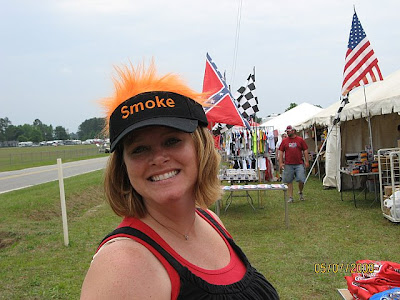 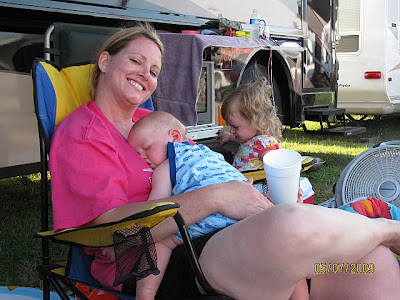 Oh look how far we have come. Both were awake and ready to see the cars. We took them to qualifying (only 1 car on track at a time) because we thought it wouldn't be so loud, I got them both noise reducing ear muffs, but was still worried about their ears. - It was perfect - it was so hot that they only lasted 15 cars and were over it ... but hey they loved the 15 cars they saw!
2010 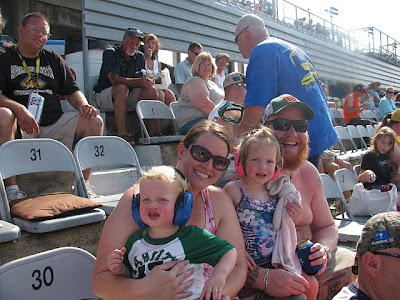 While the 3 years of preggo and newborns was hard I wouldn't trade it for the world!
Happy Mothers say to you all and to me!
Posted by MBKimmy at 9:19 AM 1 comment: 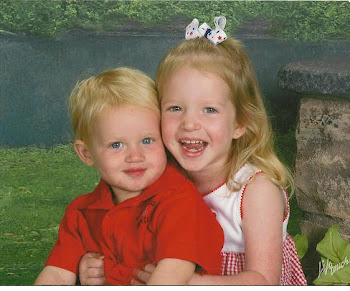 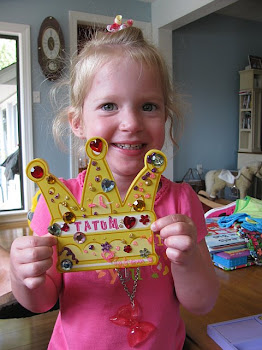 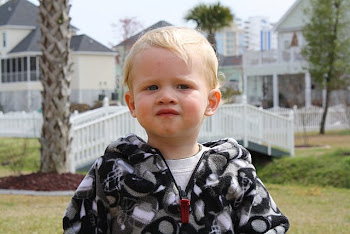